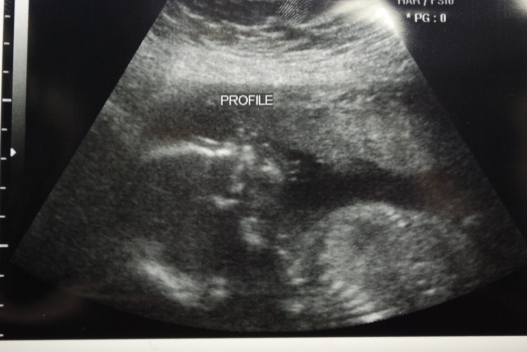 When I was pregnant with Big Boy, I was sure he was a girl.  At the time I had 6 nieces, 0 nephews and all of my friends that had kids had girls.  To me, babies were girls.  That was all I knew.  My husband and I had a bet on the gender going into the ultrasound which he won because obviously it was a boy.

When I was pregnant with Medium boy I hoped he was a boy.  It would be so much easier to have another boy and not have to buy anything.  We were moving halfway across the country while I was pregnant, living in a small apartment/large hotel room, and moving back a few weeks after he was born.  I didn’t want to have to worry about buying anything pink.  So I was glad when we learned he was a boy.

A few years later I was pregnant again.  Once again the ultrasound showed we were having a boy.  I admit that I cried a little that night.  I had it in my head that a perfect family would be 4 kids, 2 boys and 2 girls.  Then everyone had a brother and everyone had a sister.  That dream obviously wasn’t going to come to pass.

And now here I am, pregnant with number 4.  I had my ultrasound today and am thrilled that we didn’t find out the gender.  I didn’t want to and was afraid that I’d be able to tell whether I wanted to or not.  But the ultrasound tech did a good job of not showing us the bottom portion of the baby.

I’ve thought a lot about the gender this time.  I can honestly say that I don’t care what it is.  In the beginning I thought the reason why I didn’t want to find out the sex was because I would be sad again if it was a boy.  I feel like that is what other people think about us not finding out too.  But that isn’t the case.  I really have no opinion on which gender it is.  Obviously a girl would be fun and new.  It would be a change.  The main reason I want a girl though is for my boys to have a sister.  For them to be able to live with a girl and learn about them.

But a boy would just be so much easier.  Not only would we not have to buy a thing, but we wouldn’t have to learn anything new either.  No dance lessons or learning to do hair.  No dresses or tights.  No high pitched screams and trying to figure out bedrooms.

So this Christmas our family will get a big surprise and I’ll be happy no matter what the outcome is.